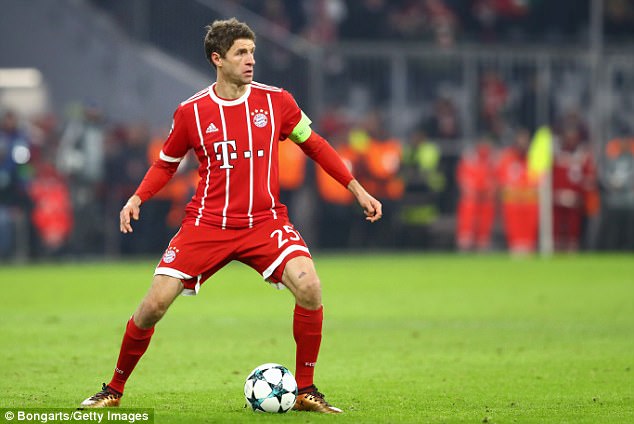 The Raumdeueter, or space interpreter in English is a pretty new concept in the world of football. The term for this role was coined by its inventor, Thomas Muller in an interview in 2011. The Raumdeueter role involves a player, who is highly intelligent and possesses great spatial awareness to identify and utilize space to maximum effect. Due to the nature of the role, it is not a fixed position and cannot be carried out by many players. Till now, only three players can be given the title of “Raumdeueter” and they are Thomas Muller, Dele Alli and Jose Callejon. All three aforementioned players are not exceptional dribblers, passers, are not super fast nor are they especially strong. However, what all three players have in common is an acute sense of space and how to utilize it, a fact highlighted by their high outputs and importance to their respective teams.

Thomas Muller, the creator of the Raumdeuter role has 10 goals in world cups and has reached double figures in goals in every season besides the 16/17 season. He has also played in a plethora of roles for his teams. He has started right behind the striker, as a right winger, as a lone striker and even as a sort of central midfielder. In all of these positions, he has performed the same role, finding pockets of space and operating in them, but not in the way a no.10 like James or Ozil does, but in his own unique way. Whenever the striker in front of him, mainly Robert Lewandowski, is occupying the central defenders, he stations himself in the space vacated by the defenders marking the striker. Usually, he stations himself in zone 14 (the central area right outside the box) and starts his run when the defenders go to block the cross or the winger, creating a small amount of space for him to attack. However, he isn’t limited to this type of run only. He often starts his run in between the left back and the left sided center back when he starts as a right sided forward. Whenever he starts in this position, he often occupies the space between the center back and left back, creating an awkward situation for the defenders as the left back is unsure whether to mark him or the attacking fullback. The center back on the other hand will be occupied by the striker, leaving Muller free. If the left back does mark him, then Bayern or Germany’s right back (Joshua Kimmich) has the time and space to send in a cross. 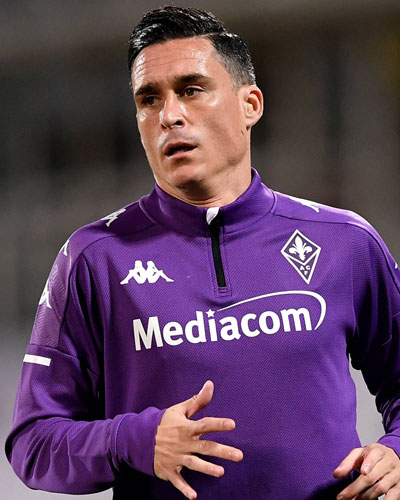 The other Raumdeueter currently plying his trade in Europe is Jose Callejon. The former Real Madrid man possesses more pace than Muller and has a slightly different interpretation of the role. Though both play/played in possession orientated systems, Callejon almost exclusively starts in one position; the right wing. Callejon makes similar runs to Muller as he too runs the channel between the fullback and the center back, but unlike Muller, is more inclined to move centrally. With Lorenzo Insigne cutting in from the other side, he presents himself as an extra target in the middle for a through ball. His runs often position him right next to Dries Mertens. However, unlike Mertens who plays as an out and out striker (even though he is wrongly classified as a false 9), Callejon shifts out wide as well, creating overloads on the right side, forcing the opposition defense to switch to that side, leaving the left wing exposed and giving Insigne space to operate in. Callejon not only attacks space, but creates it as well.

Tottenham’s Dele Alli also performs a similar role for club and country as he often acts as the beneficiary to Harry Kane’s movement inside the box. Alli positions himself either behind Kane or on the edge of the area, ready to either poach a rebound or an Eriksen cross or make a dangerous run inside the box. Harry Kane occupies defenders in a similar way to Lewandowski, freeing up Alli to wreak Havoc in the box.

The Raumdeueter role has benefited the players performing the role and their teams greatly. Thomas Muller and Dele Alli are consistent goal scorers who often reach double figures in their leagues. Their intelligence and awareness have lead them to exceed what they would be able to do based on their physical attributes. Dele Alli, who isn’t a particularly imposing presence is a frequent scorer of headers, a direct result of the way in which he moves to find space. Thomas Muller is one of the all time leading scorers in World Cup history and has even scored 32 goals in a single season. The nature of their roles make it very hard for defenders to defend against them, but it also makes it difficult for players to simply adopt the role. It requires a very high footballing IQ that very few posses.

The role is not flawless though. It is highly reliant on the teams overall structure and system. Muller’s peak was during Pep Guardiola’s reign. Under the tutelage of the Spaniard, Muller hit his peak, scoring 20 in the league. He had the freedom to roam in a relentless system that always presented him the ball. Dele Alli too plays in a possession orientated system in which the team presses high and each player has his special role carry out. He acts as the secondary goal threat and is the target of crosses in the box. Jose Callejon operated in Maurizio Sarri’s Napoli, the team most similar to Pep Guardiola’s in the sense that both teams made use of quick passing and retained the ball for most periods of play. When Pep left and Ancelotti took over, Muller scored a paltry 9 league goals. Alli was one of the worst performers in England’s World Cup campaign as the system employed by his nation forced him to play deeper and was more direct than Spurs’ system. Callejon could never establish himself at Real Madrid and warmed the bench for the majority of his stay at the Bernebeu.

The Raumdeueter role is one that is ultimately very unique in nature and as more and more teams adopt high pressing and possession based systems, it is sure to see a rise in the number of players that perform the role.

2 thoughts on “The Raumdeuter role.”