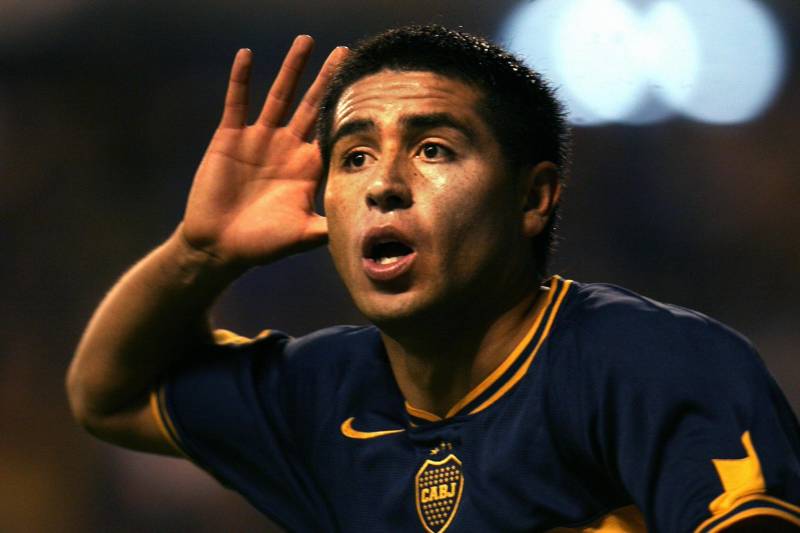 The “no.10”, call it an “Enganche” as its’s known as in Argentina, or “Trequartista” in Italian, is one of the most romanticized positions in the history of the game, and for good reason. The no.10 role is basically the chief playmaker of the team, who is always the attacking midfielder who plays in the “hole”, or the space between the midfield and attack. The 10 has always been a player of technical excellence, and a player who personifies the word magic. Their main task is to create for their team, but they’re also relied upon to take out the proverbial rabbit out of the hat, or in less posturing terms, to produce a moment of magic that flips the game on its head. Usually the 10 does this via a defense splitting pass that was seemingly impossible, or a dribble that defenders have no answer for, or a goal of the same nature.

Due to the exuberant talent that those who play the role have, many of the best players in history have been no.10’s. Arguably the most talented player of all time; Diego Maradona, was as pure an Enganche as they come. The player deemed the greatest European player ever by Pele; Zidane, also played as a 10, while due to the gravitas associated with the number, many great players, who aren’t necessarily 10’s like Ronaldinho and Neymar have opted to don it. Moreover, many players who have a legacy few can match, but aren’t in the conversation to be the best ever, such as Totti, Baggio, Zico, Rui Costa, Riquelme etc, all were “Trequartista’s”.

10’s are in every sense of the word, magic. They’re geniuses on a level above their peers, able to turn a game on its head and lead his team to victory.

Throughout football history, coaches have altered their teams systems to somehow be able to shoehorn a 10, or to provide cover for them. However, in recent years, the tree towards 10s has been the polar opposite. Teams are moving away from the typical 10, and the role has been fading quite severely. There are a few outliers to this, as there are with anything, but the general trend has been to restrict or downright remove 10s from the set-up. 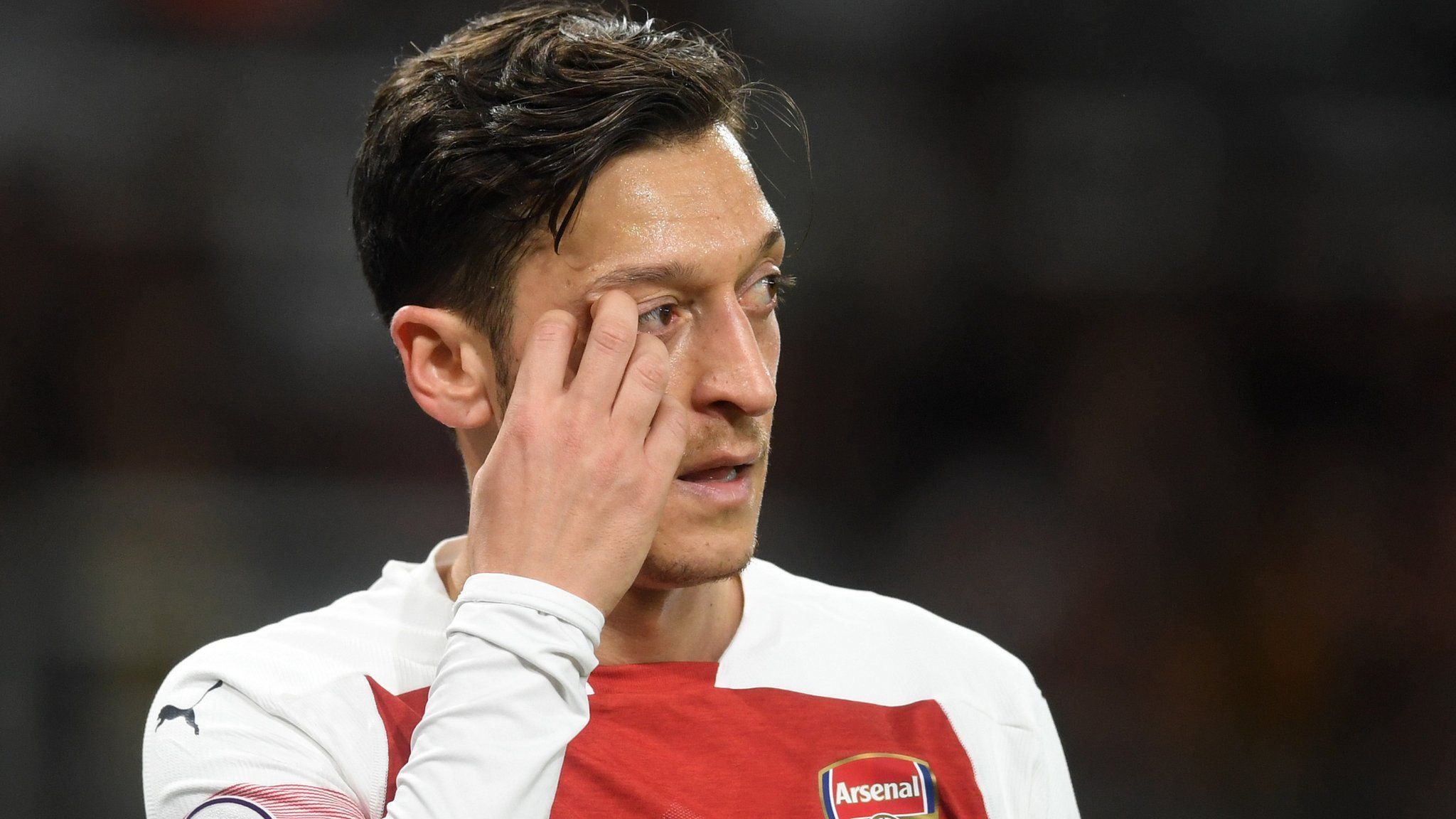 One of the primary reasons for this is the tactical landscape of modern/current football, and its emphasis on pressing, especially counter-pressing. The emphasis on pressing was first brought by Pep Guardiola and his Barcelona side. A side of players who were second to none technically, but lacked a bit on the physical side, the onus was put on fast and smart defending, rather than physical defending. Moreover, the way they played, with over 60% possession per game made it so that their team left large swathes of space in their own half, space that if exploited could be disastrous for Barca. So, it became imperative that the team won the ball back as soon as it could, reflected in Pep Guardiola’s famous “7 second rule”.

As the 2010’s progressed, Jurgen Klopp emerged, who had an even more press-reliant philosophy. His Dortmund side lacked any real geniuses, unlike Barcelona who were mostly made up off geniuses. Klopp thus emphasized winning the ball as up the pitch as possible, as the farther up you win the ball, the closer you are to goal, and the better chances you create. His system relied on winning the ball high up to create high quality chances.

The success of the aforementioned player lead to a plethora of copycats, to varying degrees of success. Almost every big team adopted the mantra of pressing high, and using specific pressing traps to regain possession. A deeper analysis of Klopp’s system can be found on another article on this site.

This tactical cycle has lead to the near extinction of the no.10 role. The nature of no.10s is to roam, and to carry out their duties to the fullest, they need that freedom. They require the license to pop up anywhere in the final third to wreak havoc. However, this was at odds with a core principle of pressing.

One of the most important factors of a implementing a successful pressing scheme is positional discipline. When in possession, the 10 who aren’t on the ball need to take up a certain role or be stationed in a specific area to be ready to pounce if the ball is lost. The players in proximity to the ball holder need to be aware of who to press and be quick to either press the opponent or cut off his passing lane. However, when you have a player who can be anywhere, and has no positional restrictions, it throws the scheme into whack. The pressing side could have one player less than required to press, and be unable to implement their game-plan properly. The no.10 became a luxury that teams could not afford. It became a matter of choice; a system that the team could always fall back on and count on to get wins, or a player who is exceptional, but not always.

The freedom afforded to typical 10s was stripped for the defensive/pressing scheme, and 10s had to alter their natural position, which lead to a degradation in performances. A prime example is Ozil, who when playing in his natural role is the best playmaker in the world, but in other roles fails to hit the same heights.

In addition to this, most pressing schemes require dynamic, powerful runners, something which 10s are not more often than not. The atypical 10 is a languid, prosaic player, a build not suited for a pressing scheme. Thus players with a better engine, players who have physical advantages, albeit with less technical ability, are preferred over the 10. For example, arguably the best team in the world right now; Liverpool, employ a midfield entirely made up of fast, strong players. Their midfield is almost bereft of creativity, but is perfect for the scheme they use.

Furthermore, the move towards the universality of roles, which is in stark contrast to the no.10 role, which is as specialized as they come, is another reason for the demise of the role. Players can no longer be experts in certain facets of the game and disregard everything else. Everyone needs to be able to do a bit of everything, something that’s reflected in the rise of sweeper keepers, passing CBs, box-to-box midfielders, attacking fullbacks and strikers who can drop deep.

As a result of all the aforementioned, players such as Ozil, James and Coutinho, who are at their best when playing as a 10, have found themselves lacking a place in their teams regular 11. The go-to formations have become a variation of the 4-4-2, 4-3-3 or a 3-4-3 for most teams, formations which have no places for a 10.

However, to say the number 10 role is completely dead and buried might be a tad hyperbolic. Players who can/have played as 10, such as KDB and David Silva, have found great success in different roles, albeit with a lot of restrictions. Even though they’re viewed as the primary creator of their teams, the creative burden on them is far less than that of the 10s of old, while their defensive duties are much greater, especially in terms of their role in the press. 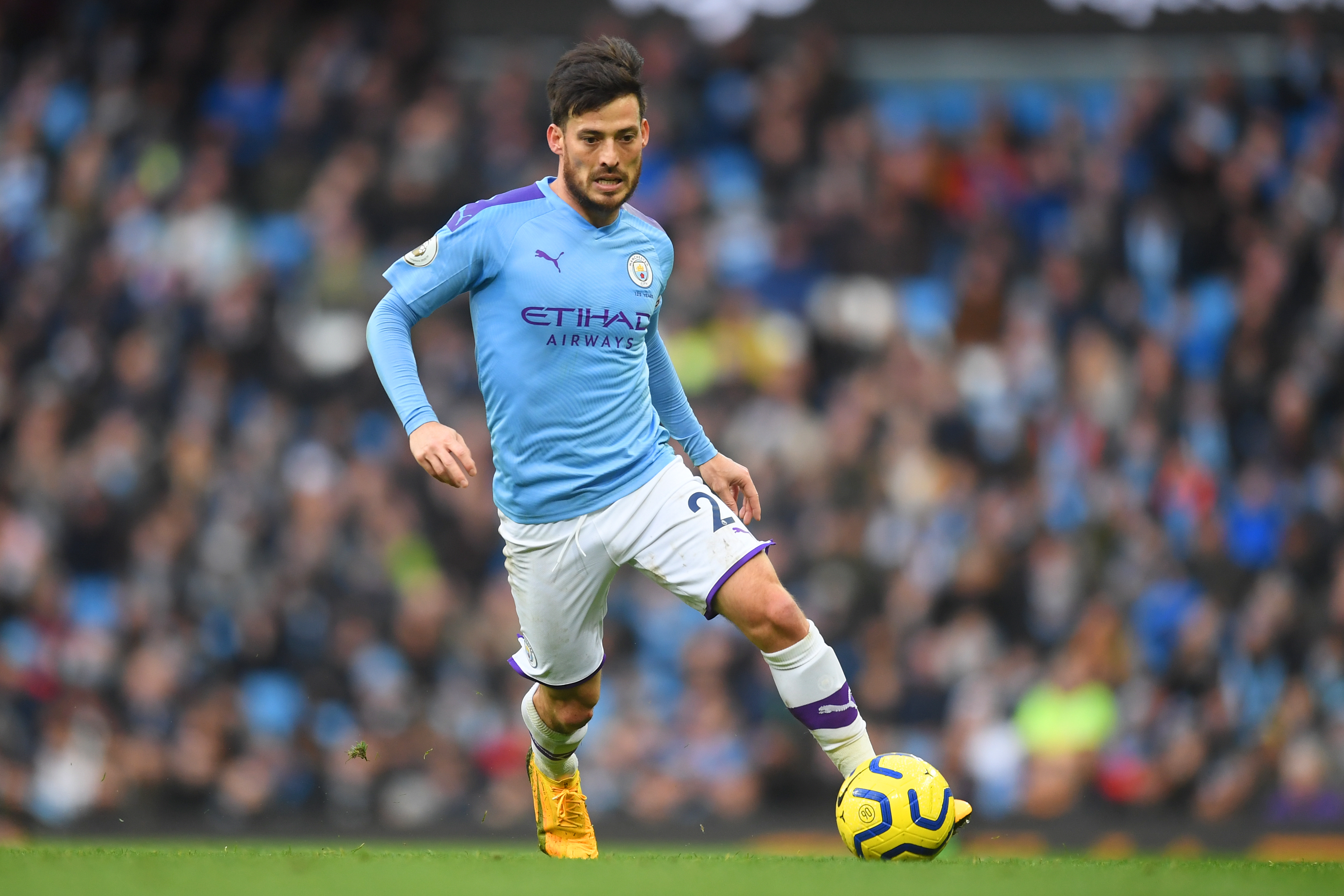 In essence, the modern 10 has to do more and less at the same time. The defensive burden has been increased, while the offensive has been removed. Their positional freedom has been removed almost entirely, with them relying more and more on automatons. The perfect example of this is KDB and his crosses from the high half-space. The team is geared towards creating chances in a certain way, and the modern 10 just pulls the final trigger, as opposed to the past when they were much more individualistic, and pre-determined plays weren’t used to the same degree.

Despite this, in the 2010’s a few 10’s have found considerable success, such as Mesut Ozil for Real Madrid and Germany, and Mata for Chelsea, but both of them soon had their wings clipped.

As I mentioned before, there are some outliers to the current norm of not using a 10. Currently, there are only two big teams who can be said to use a 10, and one of them is a pseudo 10/8. Real Madrid, in their diamond, which won them 2 consecutive UCL’s used Isco at the tip of the diamond, in the hole. However, he was far from the archetypical no.10. He had the positional freedom, but his role was much more geared towards creating numerical superiority and beating a press, rather than chance creation. He at time drops deep enough to link up with his CB’s, something not common with any other 10. In addition to this, Isco has a specific role in the team’s pressing and defensive schemes, and has positional discipline while defending. A deeper analysis of his role can be found on another article on this site.

The most obtuse 10 still plying his trade right now is Lionel Messi. Although he more often than not starts on the right, he naturally gravitates towards the middle, from where he dictates play and creates chances. He has zero positional restrictions, and is defensively is a non-existent presence. However, when you’re Lionel Messi, such exceptions are made. Messi does drop very deep at times, but his main area of operation is between the midfield and attacking lines, and from there he pulls the strings to create and score (both at a rate never seen before from any player, let alone a 10).

However, because of Messi, Barcelona will not be able to implement a pressing or defensive scheme on par with other top teams. Under Pep, the case was different, with him being as much of a presser as anyone else, but now that Pep is gone and his status has skyrocketed into the exosphere, while the teams reliance on him has grown by a considerable margin and now keeping him fresh is more important than ever, he has no defensive duties. As a result, Barcelona defend with 10 men, and do not have the ability to employ a high press system. 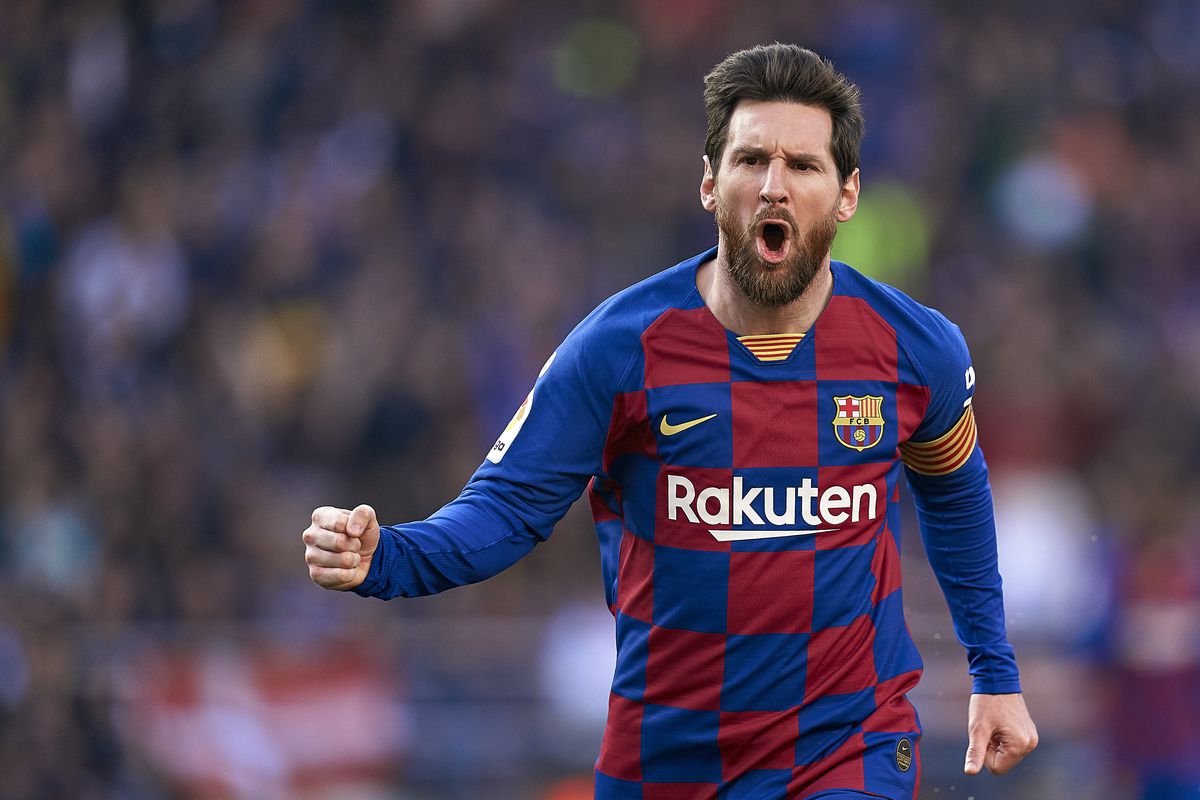 The traditional 10 could very well be gone forever, but the role is more likely to be on a cyclical hiatus. Players who fit the bill of a 10 keep on appearing, and the rejection of talents of such a calibre will never happen. An evolved version of the role, which retains the technical brilliance but adds versatility and defensive nous to it, is most likely the outcome of the amalgamation of tactics and individuality. 10’s like Odegaard, who is a creative and pressing monster (the player with most presses from his role in LaLiga this season), and can also play as an interior is most likely to be the 10 of the future. 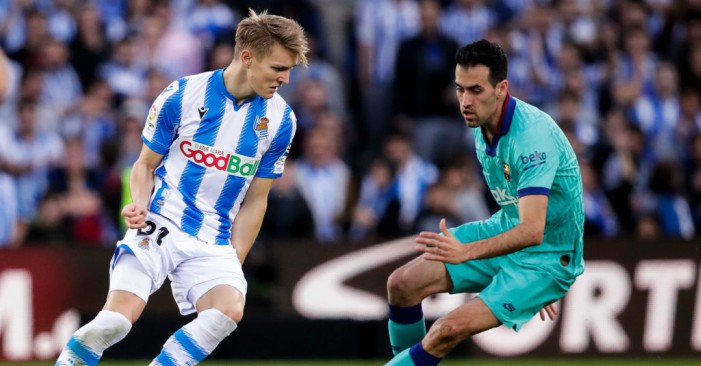